Who Will Partner With You? 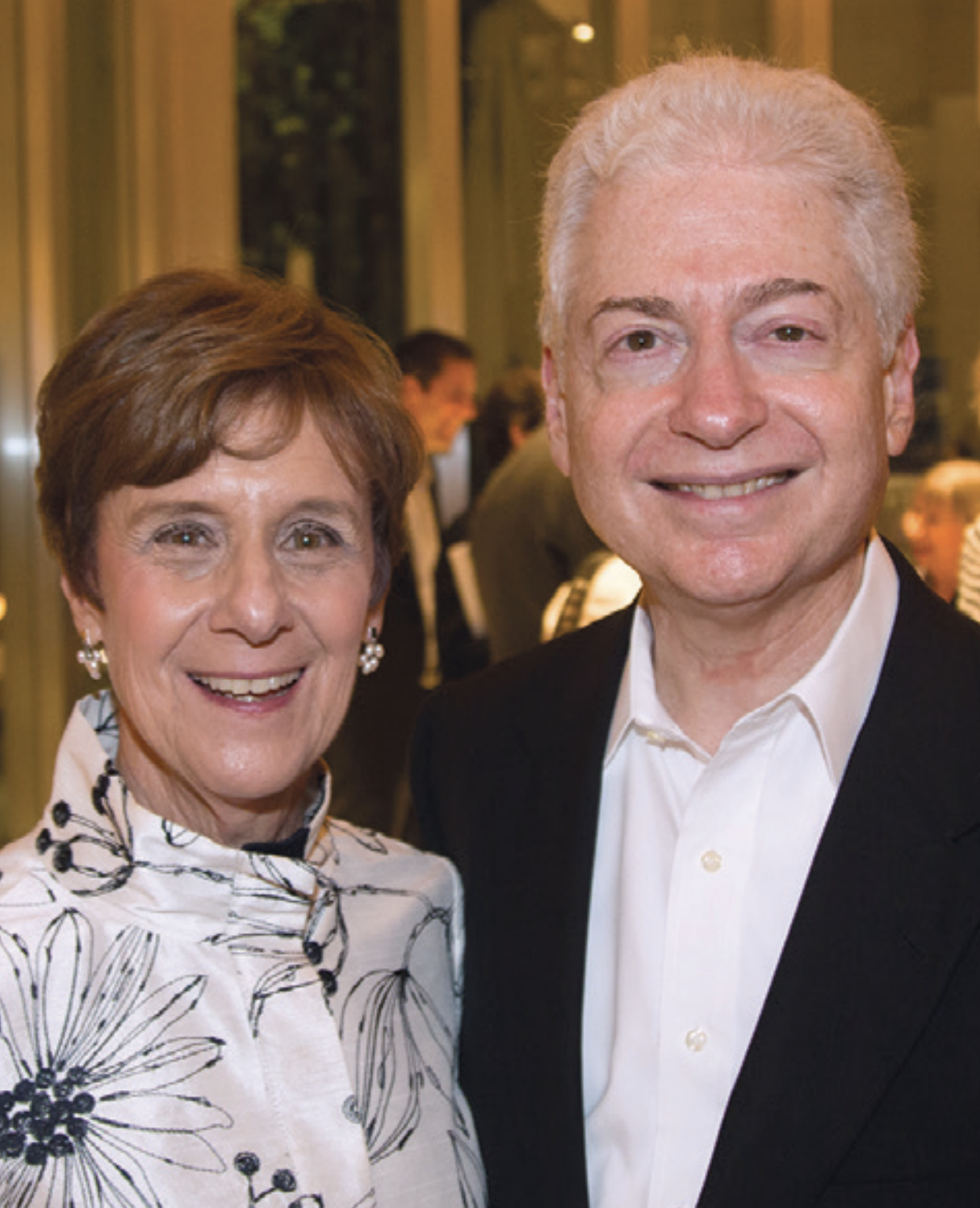 The Stein family’s core values of repairing the world (tikkun olam) and strengthening families (shalom bayit) are directly aligned with their charitable mission to assist vulnerable children by providing support to the child, the family, and the community. They also inspire intergenerational philanthropy by collaborating with their three adult children and their families on grantmaking decisions, ensuring that the Stein family’s charitable values continue for generations.

““The mission of our Tikun Olam Foundation is to play a leadership role by supporting and positively affecting early childhood development. In Jewish tradition, parents and their children are bound together through commanded responsibilities and sacred practices. We believe this applies to all children everywhere. Nurturing families and ensuring good health, safe neighborhoods, and quality learning for our youngest children should not be seen as a daunting burden, but as an investment in the future.”

Gene and Mindy Stein met in Washington, D.C., in the early 1970s. After earning his MBA at Harvard Business School, Gene joined Capital Group, where he spent his entire career working as an investment professional. After receiving a master’s degree from Hunter College of the City University in New York, Mindy worked as a speech pathologist in the LA Unified School District and Children’s Hospital Los Angeles.

Both speak admirably about how their parents and grandparents shaped their values. “All eight of our grandparents were European immigrants,” noted Gene, who, while growing up in West LA, watched his parents actively serve at Temple Beth Am and support Hadassah and the Jewish National Fund. Mindy added, “I grew up in a family of modest means, but we always had a tzedakah box in our house, and it was important that we were connected to the community.”

In 2016, Gene retired as vice chairman and director of Capital Group. He had spent his career studying data and information to shape decision-making, and Gene and Mindy approach their philanthropy similarly. “It comes down to asking the right questions and developing relationships with the people who have the knowledge,” Gene said. “But some part of every investment is judgment because you can never have perfect knowledge.”

Currently, Mindy is a board member of ZERO TO THREE and Children’s Bureau of Southern California, and a leader in addressing early childhood needs in Los Angeles. Gene serves on the boards of Pitzer College (formerly board chair), the Los Angeles Opera, and ZERO TO THREE, and is a member of The Foundation’s Board of Trustees and Investment Committee.

Together, they decided to focus on repairing the world by funding specific, well-vetted initiatives, and building bridges across constituencies.

When contemplating their philanthropy, the Steins wanted a vehicle to involve their children while supporting the well-being of less fortunate families. The Steins had a vision of family philanthropy but needed guidance on how best to refine and strategically implement it. In 2001, they created a Family Support Organization at the Jewish Community Foundation, which they named the Tikun Olam Foundation, and they began working more closely with The Foundation’s Center for Designed Philanthropy team.

Both Mindy and Gene credit the Center for helping to guide their vision into strategic grantmaking focused on early childhood development, including recommending and vetting organizations and arranging site visits to prospective grant recipients.

“The Center has helped our giving become more strategic and impactful. Our children are also more involved in our family’s philanthropy, thanks to the Center,” said the Steins. “They are so knowledgeable about developing meaningful and effective philanthropy and offer wonderful program ideas.”

Their philanthropy is a very collaborative family enterprise where all of the Steins’ children have been involved since they were kids. Today, the three Stein children—who all live outside Los Angeles—biannually rotate roles that include overseeing grantmaking and investments and serving on the board of the Tikun Olam Foundation which includes Mindy and Gene and representatives of the Jewish Community Foundation.

The Tikun Olam Foundation supports several organizations, including Children’s Hospital Los Angeles, which received a generous five-year grant to establish the Stein Tikun Olam Infant-Family Mental Health Initiative. It trains medical professionals to integrate infant-family mental health principles into daily clinical care and supports new programs and services for children from birth to age 5 and their parents. The Center crafted the grant agreement and helped the Steins establish benchmarks in their evaluation plan. To date, more than 3,000 medical professionals have participated in this innovative program.

When Erwin Rautenberg, of blessed memory, established his private foundation, his core mission was to strengthen Jewish causes. In the years since his passing, the Erwin Rautenberg Foundation has benefitted thousands of people and reinforced his core values of humility (anava) and education (chinuch) through scholarships, Jewish leadership programs, and other similar projects. 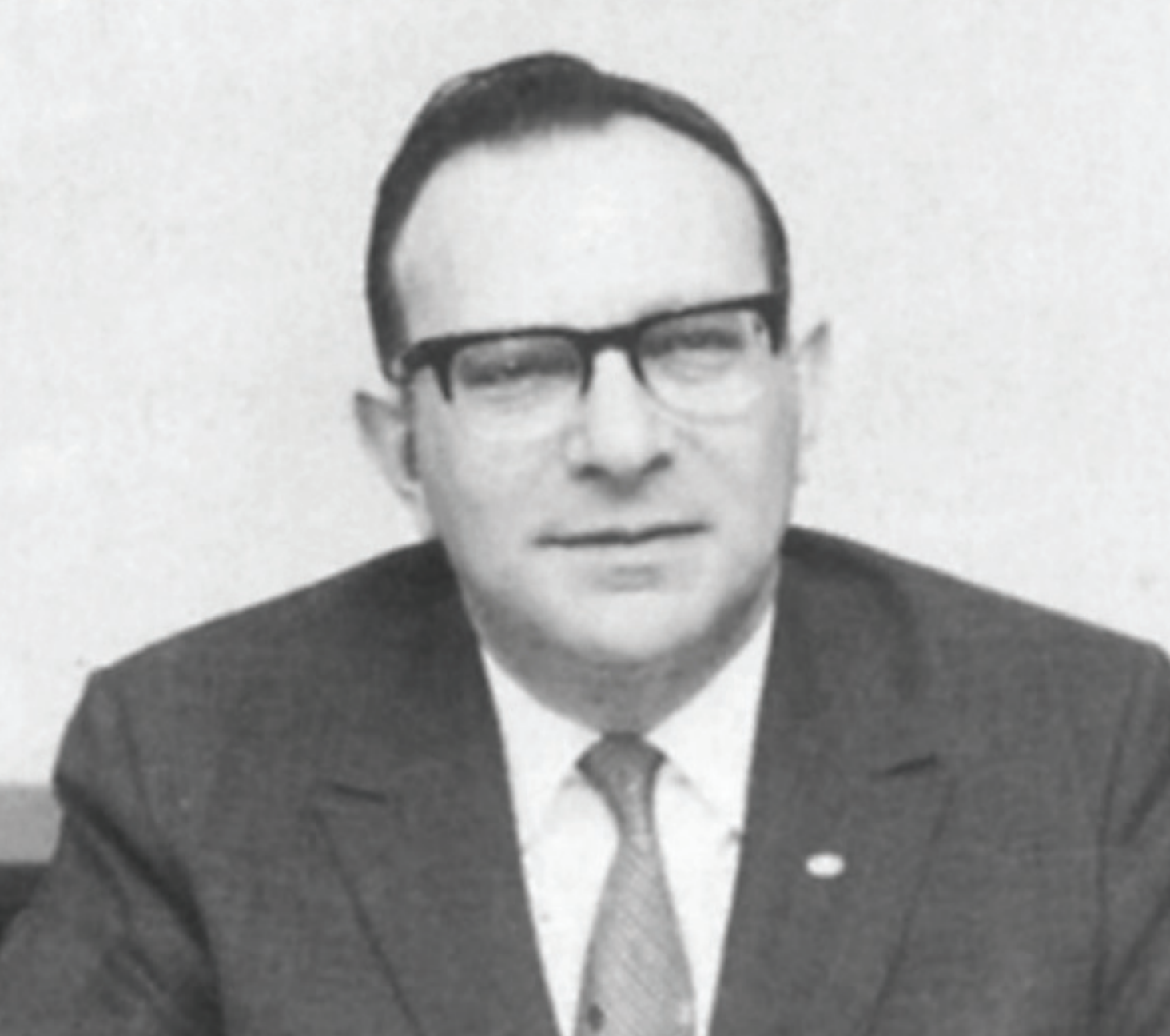 Erwin spent the war years working on a cattle ranch in the Patagonia region of Argentina. He was also recruited by the United States government to spy on German naval operations in Argentina for the Allies. After the war, he settled in Los Angeles and found work as a shipping clerk with a local trucking and freight consolidation company, Air-Sea Forwarders.

Recognizing the growing potential of post-war international trade, he established a division within the company to capitalize on those opportunities. Despite not having a college degree, with his multicultural background, fluency in several languages, and keen business mind, Erwin grew the enterprise and ultimately took over ownership of Air-Sea Forwarders, which still operates today with offices worldwide.

As he grew older, Erwin wrestled with the ultimate disposition of his hard-earned wealth. His harrowing early life experiences led him to contemplate his legacy and his responsibility to provide opportunities for Jews in need. He wanted to ensure his charitable vision would continue to be fulfilled in perpetuity, but he needed a trustworthy partner. Erwin’s estate planning attorney, Fred Marcus, a partner in the law firm Freeman, Freeman & Smiley LLP, recommended working with The Foundation because of its deep roots in the community and its strategic grantmaking expertise. 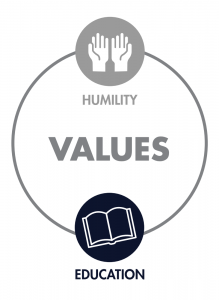 In the ensuing years, Erwin met with a circle of confidants, including Marcus, his longtime accountant Tom Corby of Corby & Corby Accountancy, and Foundation President and CEO Marvin I. Schotland. The outcome of that planning is a unique strategic alliance between a private foundation and a community foundation to carry on Erwin’s philanthropic vision and ensure his legacy.

Today, the Erwin Rautenberg Foundation, under the leadership of Tom Corby, distributes millions of grant dollars annually. In recent years, grants have supported The Foundation’s community grantmaking— specifically its Cutting Edge Grants for new and innovative programs in Jewish Los Angeles, and its Israel Grants. The Rautenberg Foundation also makes impact grants targeting a variety of educational initiatives and human services programs, where The Foundation’s Center for Designed Philanthropy serves as the key advisor, recommending and vetting grant candidates and monitoring grant results.

Since 2013, following the settlement of the Erwin Rautenberg estate, the Rautenberg Foundation’s support for Jewish causes has flourished. Nearly $10 million has been awarded in grants to more than 70 organizations worldwide, including The Jewish Federation’s Rautenberg New Leaders Project, a pivotal program for developing future civic leaders of the LA Jewish community, and to name the Erwin Rautenberg Survivors of the Holocaust Service Suite at Jewish Family Service’s new Gunther-Hirsh Family Center.

When asked how Erwin would react to the impact his foundation is having on the Jewish community, Rautenberg Foundation board member Corby said, “He’d be very proud that the money awarded through the partnership between the Rautenberg Foundation and the Jewish Community Foundation—money Mr. Rautenberg worked so hard to earn—is being used in a very good way, the right way, and is creating a lasting legacy in his name.”