What Values Motivate You?

The art of giving is one of the great Jewish traditions, and we hope that what we are doing will help immortalize that tradition through you, from generation to generation, l’dor v’dor.

Dorothy and Ozzie, z”l, Goren, in a letter to their family in 2013. Read the full letter below. 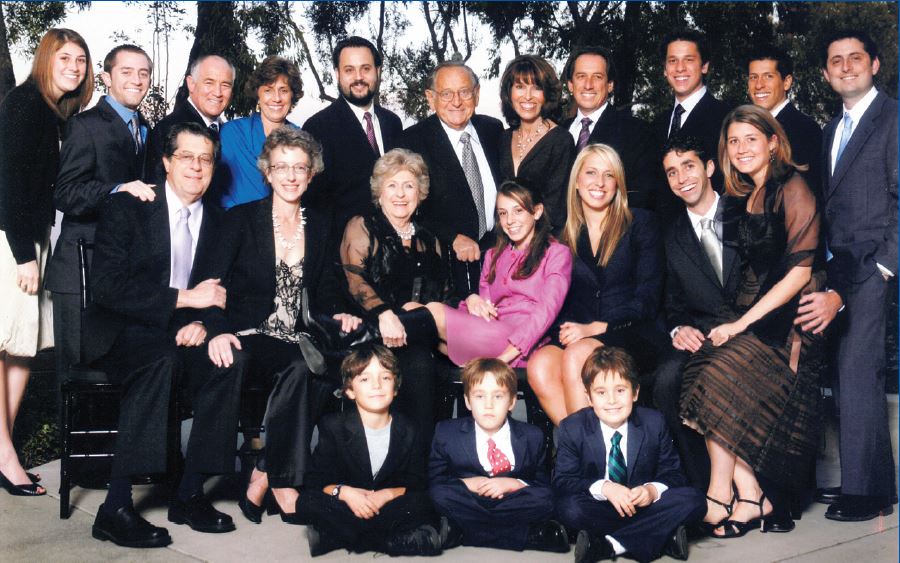 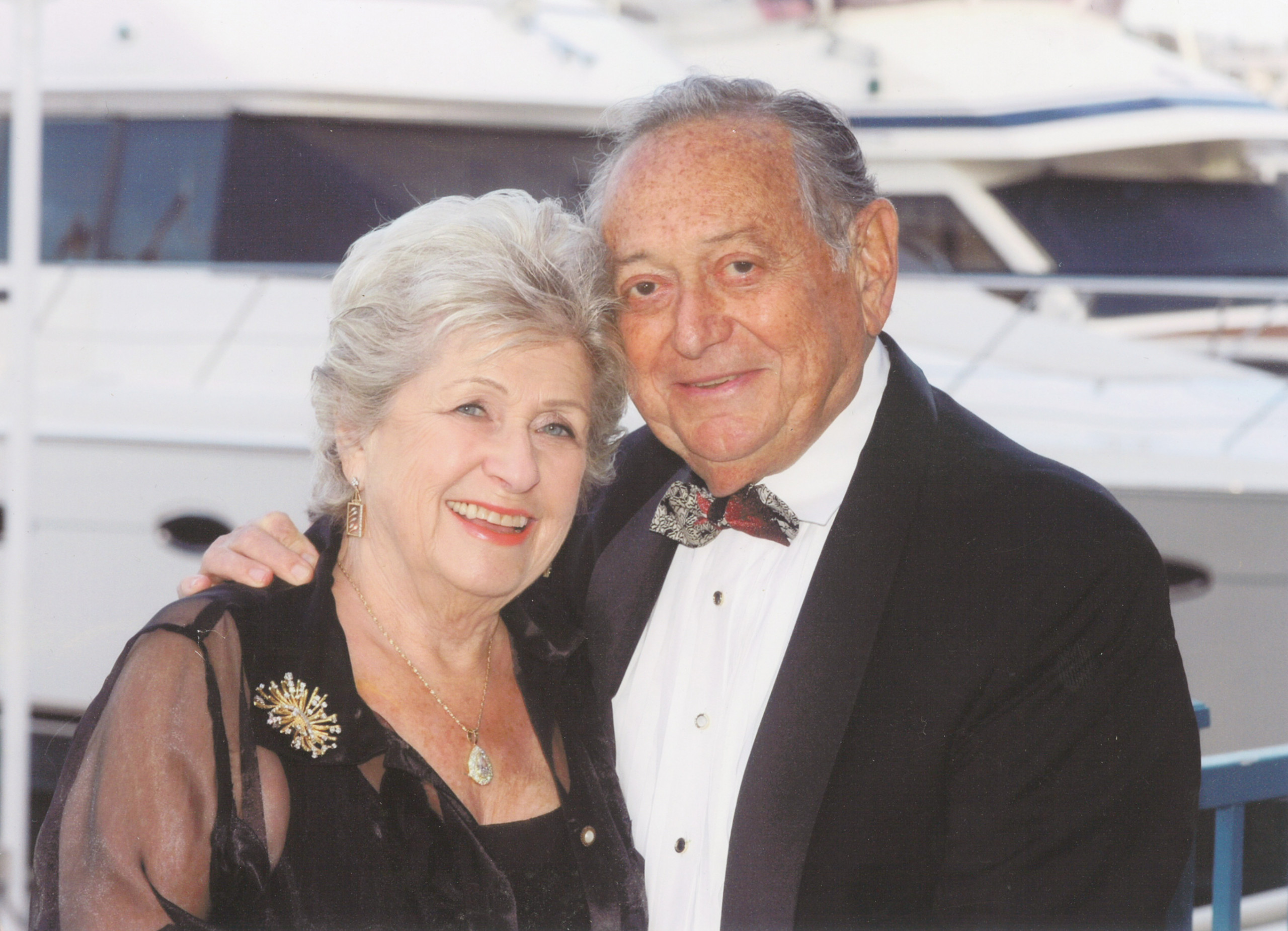 Dorothy Goren and her husband Ozzie, of blessed memory, put their core values of Jewish continuity (l’dor v’dor) and charity (tzedakah) into practice by designing a plan with The Foundation that ensured their legacy of family and giving would continue into the future. The Family Support Organization they established at The Foundation in the 1980s, and the Donor Advised Funds they opened in 2013 for each of their children and grandchildren, were critical tools in carrying out their vision of multigenerational giving. This was emblematic of their core values, which were woven into their lifelong devotion to the community and those in need.

Their tradition of giving, so ingrained and seemingly instinctive to Dorothy and Ozzie, was rooted in their childhoods. As first-generation Americans born to parents from Russia, Romania, Poland, and Lithuania, they each had humble upbringings where the commitment to giving was central, however modest their families’ circumstances.

“Growing up, we filled a blue tzedakah box with change—all we could afford—and gave directly to people and to organizations,” they explained. “No one in need walked away from our homes hungry.”

After growing up during the Great Depression, Dorothy said that her and her husband’s values were profoundly impacted by coming of age in that period, as well as living through events including World War II, the Holocaust, and the founding of the State of Israel.

Originally from Long Island, N.Y., Dorothy and Ozzie met on a blind double date. They married in November 1944, while Ozzie was in the service. Ozzie eventually owned a retail furniture store in downtown Los Angeles that he ultimately grew into a small chain before divesting. After getting his law degree, he became a real estate developer and investor, and worked in the offices of his company, PICOA, Inc., with his son, Bruce, until he was in his nineties.

Dorothy and Ozzie’s tireless support on behalf of Jewish causes— locally, nationally, and in Israel—began taking form following their first trip to Israel in 1962. “It was a deeply moving experience,” said Dorothy, and influenced the couple’s future charitable endeavors. From 1980–1982, Ozzie served as chair of The Jewish Federation and held leadership posts in the United Jewish Appeal and Los Angeles Museum of the Holocaust. Dorothy was equally active in the Jewish community as a past president of Jewish Family Service and, in 1981–1982, as the first woman to chair The Federation’s annual campaign, which raised a then-record $38 million.

The couple established the Goren Family Foundation at the Jewish Community Foundation in 1986 to support causes in which they deeply believe, and to engage their family across generations—a family that has grown to include three children and their spouses, 10 grandchildren, and seven great-grandchildren! With that growth came the need to explore how to best nurture the next generation of philanthropists in their family in a way that would be direct and empowering. In 2013, they established Donor Advised Funds at The Foundation for each of their children and grandchildren to ensure that everyone had the tools to discover their own pathways toward continuing the deep family tradition of philanthropy.

Designing their philanthropy—from working with The Foundation’s professionals to the tools used and thoughtful conversations shared—created the opportunity for the next chapter of the Goren family’s giving to unfold. And the impact of that giving on the community has been significant: Through the Goren Family Foundation at the Jewish Community Foundation, the Gorens have distributed millions to nonprofits in Los Angeles, most notably to Jewish Family Service (JFS) and The Jewish Federation. Through their grants to JFS’s endowment campaign, the critically-needed services JFS provides to people throughout the community—especially the poor and disadvantaged—are supported in perpetuity. And through their grants to The Jewish Federation, they have funded innovative strategies to engage teens and young adults that will strengthen the Jewish community as it continues to evolve.

• Uncover your core values by exploring your family history.

• Learn about the causes that align with your values.

In 2013, Dorothy Goren and her husband Ozzie, of blessed memory, decided to create a tool for their children’s and grandchildren’s philanthropy by creating Donor Advised Funds for each, to continue a multigenerational tradition of giving in their family, which they learned from their parents. Their generosity has empowered many others to do the same thing for their families. Below is the letter they wrote to their family, which they have allowed us to share with you.

Our parents came from Russia, Rumania, Lithuania, and Poland in the early 1900s. They worked 18 hours a day to support our families. Even though they had little themselves, we watched them practice the Jewish tradition of tzedakah. They filled a blue tzedakah box with change (all they could afford) and gave directly to people and charitable organizations. No one in need walked away from our homes hungry.

Our parents were great role models for us, finding joy in being charitable. During our lifetime, we have been fortunate to be able to continue this tradition in many ways. Through the Jewish Community Foundation of Los Angeles, we have been making donations to organizations and programs of our choice to benefit people and our local community, our nation, in Israel and throughout the world.

We have told you about our involvement in the Soviet Jewry movement in the 1970s, smuggling needed items into the Soviet Union for the “refuseniks.” We had the absolute joy of greeting a planeload of Russian emigrants at 3:00 a.m. as they got off the plane in Israel, kissed the ground, and then turned and kissed and hugged us—total strangers—as if we were family. We worked to help Ethiopian Jews relocate to Israel. During the apartheid years, we supported “secret” efforts to bring black South Africans to Israel, where Israelis shared the lessons of community organizing in preparation for the freedom black South Africans finally achieved. While these efforts were dramatic, we are equally proud of our continuing financial and personal commitments to support the Jewish Federation, United Way, Jewish Home for the Aging, and Jewish Family Service.

It has always been our hope that our efforts to help others would encourage you to do the same. In this spirit, we have had you participate in our annual Christmas giveaway of complete turkey dinners to 100 families, through the Los Angeles Urban League, which we have done every year for the past 57 years.

We have always been pleased with the number of your bar and bat mitzvah gifts you donated to organizations such as the Irving Schneider Children’s Hospital in Israel and the Jewish Foundation for the Righteous, among others. At Papa’s 90th birthday we were truly moved and impressed when a certificate was handed to Papa saying that you, our grandchildren, had made a $900 donation, $90 each, to the Head Start school program which we have supported for many years. It was the perfect gift as it recognized something that is so important to us.

As we “mature,” it has become increasingly important for us to make a lasting gift to the Jewish community, which we have worked so long to support. We wanted to do something “big.” In thinking about what to do, we realized that the major reason this was important to us was our desire to serve as philanthropic role models for all of you. How could we, in a concrete way, take the example you set by giving to our Head Start program and encourage and support your philanthropy into the future beyond our lives and into the lives of your children?

Your 90th birthday gift to Papa has convinced us that we could do nothing bigger to ensure continued 3 giving than to establish separate charitable Donor Advised Funds for each of you so that you can make donations of your own choice in the perpetuation of tzedakah and tikkun olam. These individual charitable funds will be funded by a set amount each year from our larger family foundation, and they will have the ability to grow independently through additional donations of your own.

The art of giving is one of the great Jewish traditions, and we hope that what we are doing will help mmortalize that tradition through you, from generation to generation, l’dor v’dor. Giving to those not as fortunate as ourselves not only makes them smile but makes you smile and feel good as you continue in our family’s multigenerational tradition of charitable giving.

We love you all,