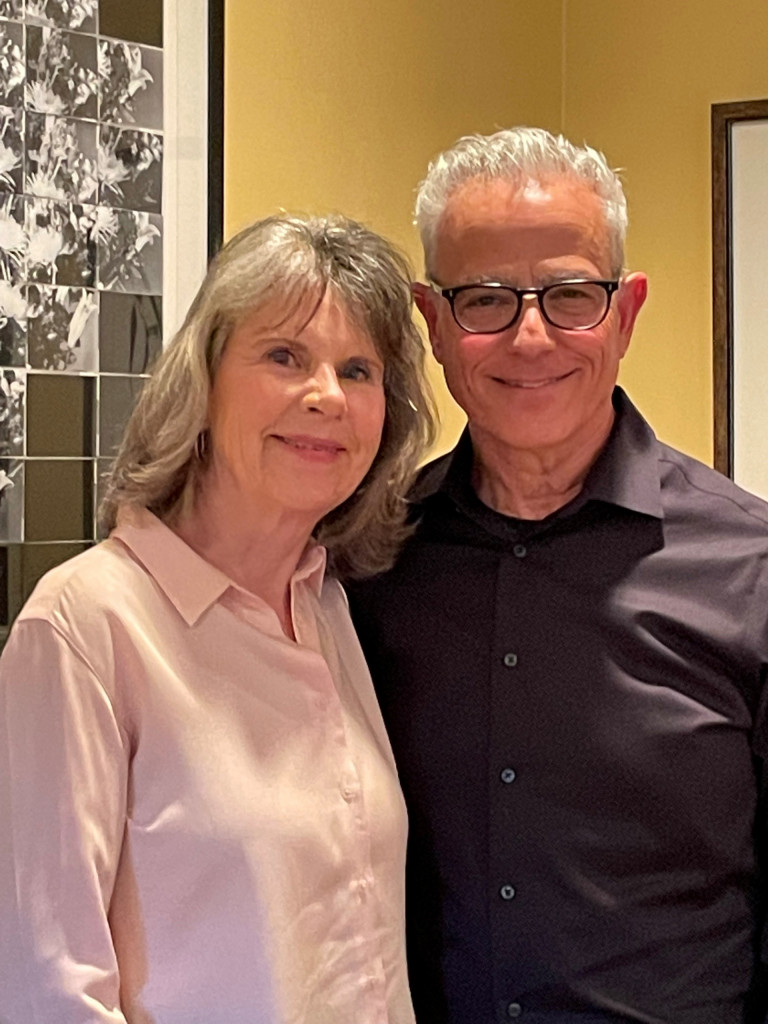 It takes a special kind of soul to make a lifelong commitment to prioritizing community needs, but Pam and Evan Kaizer don’t see themselves as exceptional. They are, Pam says, just “regular donors, fortunate enough to have the resources to be charitable and the eagerness to do good.”

Firm believers in tikkun olam, the Kaizers leverage their philanthropy by donating through the Jewish Community Foundation and encouraging friends and colleagues to follow suit. They recently sat down with Legacy to share targeted strategies for effecting positive change.

Tricks of the Trade

The longtime executive director of a large family foundation, Pam is an expert in the finer points of charitable giving. Evan is the CEO of a family-held real estate investment firm, which effectively means that he manages a family office, including Donor Advised Funds at the Jewish Community Foundation. Informed by the couple’s professional experience, the two have developed a personal philosophy for making every contribution count.

The first step: “Open a Donor Advised Fund [DAF], like we did at The Foundation,” Pam counsels. “It’s smart, and it’s easy. You deposit your money in one place and recommend to The Foundation where you want to give, and it handles everything for you. There’s an amazing professional staff if you need guidance. The fees are incredibly low, and they go toward The Foundation’s own grantmaking, which means one’s gift is worth even more. It also makes doing your taxes so simple. The Foundation sends you receipts to give to your accountant, and you’re done.”

A primary advantage of the DAF, Evan notes, is its financial flexibility, which speaks to another aspect of the Kaizers’ prescription for powerful philanthropy. “We tell everybody we can about the value of donating appreciated stock, which offers a big financial advantage,” he says. “Because you’re not realizing the capital gain, you don’t have to pay taxes on it, and all that extra money goes to the charitable organizations you’ve selected.”

Both Kaizers have roots in public service. They met after they were fellows in the prestigious Coro Fellowship in Public Affairs program in San Francisco, a training ground for future civic leaders. Pam and Evan always knew they wanted to work to strengthen their community. Evan spent the first part of his professional life as a legislative assistant to Congressman Henry Waxman and then as chief of staff to California State Senator Alan Sieroty. Pam began her career in philanthropy at the Getty Oil Company and served as a program officer at the California Community Foundation before striking out on her own.

The lesson stuck. From their home in Studio City, where they raised two children, the Kaizers became active members of their community and synagogue, Adat Ari El. They continued to look for ways to support essential community organizations and invested their time and energy in nonprofits such as Food Forward, which fights hunger and food waste. Pam served as Food Forward’s founding board chair and continues today as an active honorary board member. Evan served for 20 years as a board member and chair of Friends of Israel’s Environment, which supports Adam Teva V’Din, Israel’s leading environmental advocacy nonprofit.

“We learned that knowing the leadership and staff of organizations we were interested in facilitated us becoming supporters. By developing these relationships, we built trust and became regular donors,” Evan says. “That’s still how we approach our charitable giving today. We trust the people we’re giving to. We always give general operating support because the staff of a nonprofit knows best about how its funds should be invested,” Pam added.

Once Pam and Evan had identified organizations to support, all that remained was finding the ideal funding vehicle.

“For us, a Donor Advised Fund was the right fit,” Pam says. “Many of the organizations we wanted to give to didn’t know how to accept appreciated stock, but with a DAF, it was extremely straightforward.”

Deciding where to open the DAF was a no-brainer. Pam and Evan are deeply connected to their Jewish community. Their children attended Adat Ari El Day School and graduated from Milken Community School.

Currently, they are members of Temple Israel of Hollywood and belong to a havurah they started with friends more than 40 years ago. Giving Jewishly seemed only natural, and it steered them in one clear direction — the Jewish Community Foundation.

“It was evident to us from the start that The Foundation was the best address for charitable giving, which connects us all to the larger Jewish community,” Evan says. “Our experience there has borne that out, and we couldn’t be bigger cheerleaders.”

This article was featured in The Foundation’s Spring 2022 Legacy magazine.