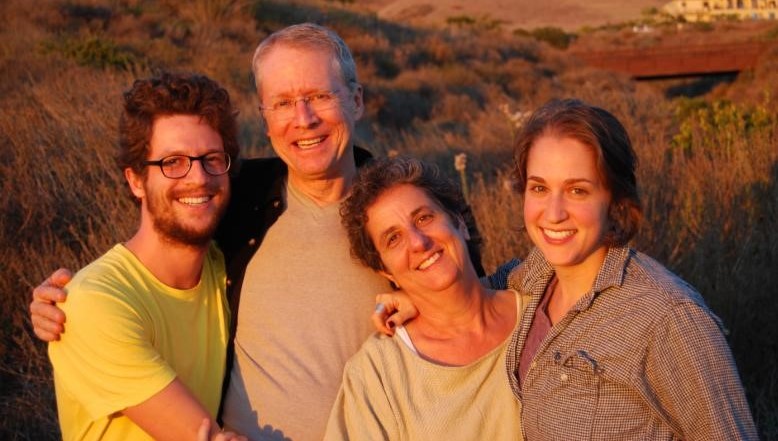 Debra and Steve Linesch come from different backgrounds, but share underlying values that have shaped their lives. Debra grew up in the town of Sudbury, Canada, about 300 miles north of Toronto, where there was a small Jewish community of about 20 families. Steve grew up in Culver City, California.

Debra: “Sudbury was a very small, working-class town and the Jewish community was like an extended family. There was a synagogue, but we didn’t have a full-time rabbi, only itinerant rabbis who would come for the High Holidays. And there were some Holocaust survivors in this group who had fairly recently come out of the camps, so there was a sense of that history, also.”

Steve: “I grew up in a very Jewish community in Culver City. Most of my friends were Jewish, and they were all doing something exciting with their lives. So when I graduated high school, I worked for two years, saved up some money, and then went to Israel for six months and did an ulpan and the kitah aleph, and that’s where Debra and I met in the early 1970s.”

Eventually, they moved to Los Angeles, got married, and had two children: Nico, z”l, and Julia.

Debra: “With our kids, we really wanted to model a commitment to social action and tikkun olam. We were members of Temple Israel of Hollywood and became very involved in the work they did with the homeless. I think that’s what we instilled in our children — even if you don’t have a lot of money, you do what you can with your actions to help make our world a better place. From Steve’s family, we also inherited a love of the outdoors and the idea that we are stewards of our planet, and it’s our job to take care of it.”

Tragically, their son, Nico, z”l, passed away in January 2017. The Linesches were overwhelmed by the generosity of family, friends, and colleagues who made donations in his memory. Inspired by this kindness, they created the Nico Linesch Legacy Fund, a tribute fund at the Jewish Community Foundation of Los Angeles, and structured the fund to support the Nico Linesch Boundary Crossing Scholarship, an annual celebration of Nico’s birthday.

Nico, z”l, was a transportation engineer with the County of Los Angeles and community builder, building bridges between the fields of engineering, city planning, computer science, and public health. The eponymous scholarship is designed to support graduate students who intern at a governmental or nonprofit agency as part of a degree program. In 2018, they awarded two inaugural scholarships, and hope to award more scholarships in the coming years.

Debra: “With enough money, we can award these scholarships to more young people every year, and develop a whole legacy in Nico’s name. The scholarship recipients are committed to their work, and they can network with each other, and ultimately become this cohort of people who are making a real difference in the world. If Nico’s not going to be with us to do this work, we can ensure that we’re inspiring others to do the work that he would’ve done.”

When Debra and Steve describe their experience with The Foundation, they are grateful for the resources, connections, and support it has provided them during this difficult time.

“We feel the compassion of the Jewish Community Foundation. Even though The Foundation has over $1 billion in assets and more than 1,300 donors, it doesn’t seem like a huge organization. It seems very personal. When we come into The Foundation for a meeting, it feels like people understand the story of who we are and what we’re trying to do, and that we’re connected to this caring community of support, advice, and resources.”