Arthur Greenberg: A Life of Service and Philanthropy 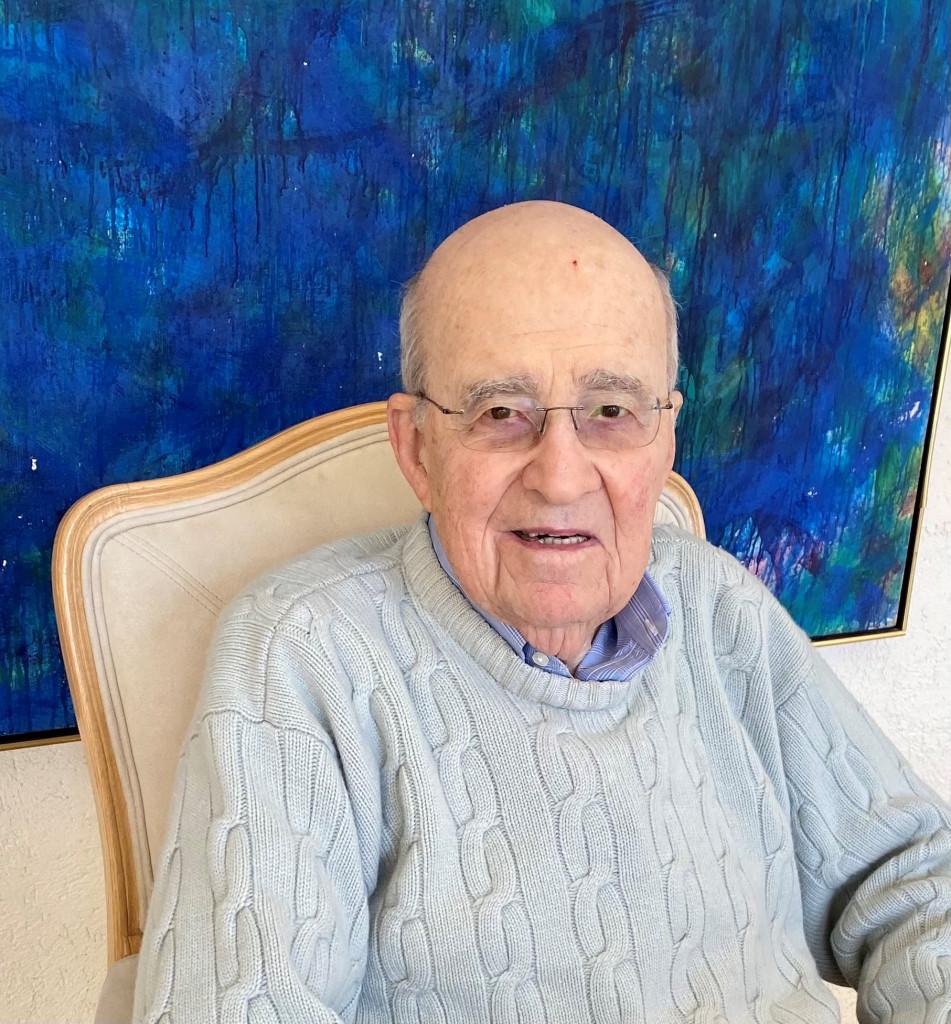 I’ve made arrangements in my estate plan that will enable my sons to use the Foundation for their own charitable giving.

For legal legend Arthur Greenberg, giving back is as natural, and as essential, as breathing. The 93-year-old founding partner of powerhouse law firm Greenberg Glusker says philanthropy is “the price we pay for living, something we should all make an indispensable part of our vital daily routines.”

Growing up, Arthur was struck by his parents’ commitment to strengthening community. “They were of very modest means, but they always gave something to charity,” he recalls. It was a lesson he would carry with him into his own adulthood and pass on to his sons.

To facilitate his philanthropy, Arthur turns to the Jewish Community Foundation. Partnering with The Foundation is a seamless and strategic way to distribute charitable dollars, he says — and, he notes, a smart approach to ensuring continuity through intergenerational giving.

Born in 1927 to Russian Jewish immigrants in Detroit, Arthur and his family migrated west 10 years later in search of a climate better suited to his father’s health. Their destination was Los Angeles, which would serve as a hub of high achievement and distinction for Arthur over the next eight decades and counting.

When he graduated from LA’s Manual Arts High School in 1945, Arthur volunteered for the US Army, and he went to Stanford for his freshman year because of the government’s one year of free college for enlistees. He thrived in Palo Alto but also felt the pull of home; after finishing his freshman year and completing his army service, he decided to transfer to UCLA. He stayed there for law school, joining UCLA School of Law’s inaugural class and receiving his juris doctor in 1952.

Seven years later, he hung out his own shingle, partnering with Philip Glusker and Irving Hill to launch Greenberg Glusker — today, the largest single-office, full-service law firm in California.

A Focus on Philanthropy

As his business prospered, Arthur began investing in his local community. His philanthropy was both personal and professional. “I believed from the outset that the firm should be involved in charitable giving and that we have a collective obligation to help others by supporting organizations that do good things,” he says. Following his example, attorneys from the firm started taking on leadership roles in various nonprofit groups citywide.

Arthur’s charitable pursuits were wide-ranging: He was a founding member of the Los Angeles County Museum of Art, the Museum of Contemporary Art, and the Skirball Cultural Center; a national officer and board member of American Jewish Committee; a past president of Leo Baeck Temple; and a former president of the Legal Aid Foundation of Los Angeles, to name a few. He gave as generously with his financial resources as he did his time, ultimately teaming up with The Foundation to allocate his gifts.

“It’s easy to give through The Foundation, and its staff is available to offer any support you may need,” Arthur says. “I had a lot of peace of mind knowing I could write a check to one central place that would assist me in disseminating the money.” 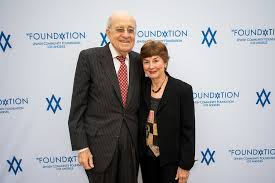 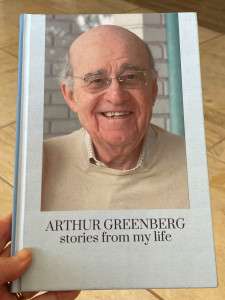 A book of life stories compiled and presented to Arthur on his 90th birthday. 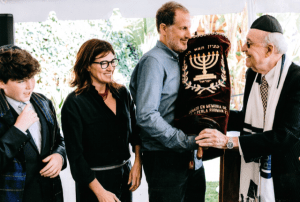 The Torah is passed from generation to generation at grandson Ted’s Bar Mitzvah.

Preparing for the future does not distract a man with Arthur’s energy and drive from maximizing every moment in the present. In non-COVID times, he still went to the office every day, a practice he looks forward to resuming. “Being at the firm gives me pride and purpose,” he says. “To have taken a small shop of three people and grown it to more than 100 — I’m enormously proud to have played a role in that success.”

Arthur’s other passions include stewarding his extensive art collection, which has been celebrated by arts institutions worldwide. His interest in art and architecture extends beyond the museum and gallery: In the 1990s, he commissioned renowned Mexican Modernist architect Ricardo Legorreta to design and build him a house in Brentwood — an iconic landmark where Arthur still lives. 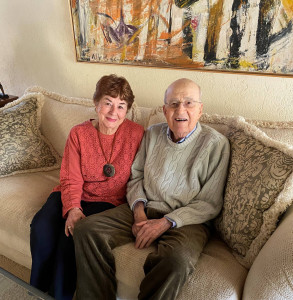 One of Arthur’s primary goals in collaborating with The Foundation is to provide a structure his family can rely on to assist with their philanthropic endeavors over the long term. He has made it easy for his two sons and four grandchildren, based in Los Angeles and the Bay Area, to continue his legacy of community impact through a Donor Advised Fund. “I’ve made arrangements in my estate plan that will enable my sons to use The Foundation for their own charitable giving,” he says.

I’m grateful to be in a position to contribute — and to have The Foundation as a trusted resource by my side.

Surveying his many accomplishments, Arthur ranks his philanthropy as among the most important. “In a compassionate society, people should be entitled to help and relief,” he says. “I’m grateful to be in a position to contribute — and to have The Foundation as a trusted resource by my side.”

This article was featured in The Foundation’s Summer 2021 Legacy Magazine.