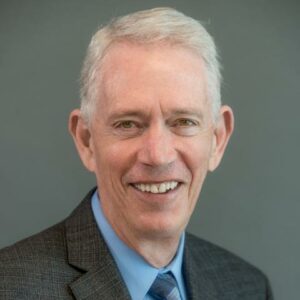 By Marvin I. Schotland, President and CEO

This is one in a series of articles looking at some of our community’s most notable philanthropists and how they are achieving their vision of “tikun olam” – repairing the world. In each case, these generous people have partnered with the Jewish Community Foundation to facilitate their charitable giving.

On their surface, programs that care for Holocaust survivors in need, develop young Jewish leaders, and provide easy access to medications for seniors appear seemingly unrelated. In this case, though, a common thread runs through these initiatives –and many others that are profoundly impacting our Jewish community now and in perpetuity: one humble, unsung man who wanted to improve people’s lives forever.

Erwin Rautenberg, of blessed memory, lived a life of modesty and humility. He built a successful business and sizable estate, yet never sought publicity.

Creating a Foundation to Help Others

At his death in 2011 at age 91, Mr. Rautenberg directed the bulk of that estate to a foundation that bears his name. Over the past decade, through signiﬁcant annual grantmaking that already totals nearly $30 million, Mr. Rautenberg is having a profound impact on Jewish Los Angeles as well as in Israel. Ironically, a man who assiduously shunned the spotlight continues to improve people’s lives in perpetuity through his philanthropic legacy.

I was blessed to ﬁrst meet Mr. Rautenberg late in his life while he and his professional advisers –including his longtime accountant and business adviser, Thomas Corby – were planning his charitable legacy. Ultimately, over a decade ago, the Erwin Rautenberg Foundation decided to partner with the Jewish Community Foundation of Los Angeles, which I proudly lead, to co-manage its vital grantmaking.

Deeply Inﬂuenced by the Holocaust

Mr. Rautenberg’s foundation – with Corby serving as its president – supports many Jewish initiatives reﬂecting his life experiences. Mr. Rautenberg, born in 1920, was sent to Argentina at age 17 by his father to escape Nazi Germany with the hope of securing visas for the rest of his family, which proved futile. His father was arrested and imprisoned following Kristallnacht the next year and died soon after a broken man. The rest of his immediate family died in the Holocaust.

Following the war, he immigrated to the United States, ultimately making his way to Los Angeles where he found work in the early 1950s as a shipping clerk. Eventually, he acquired, built, and led Air-Sea Forwarders, a thriving international freight and cargo enterprise, which continues to operate today.

The loss of his family in the Holocaust – and his intent to perpetuate and strengthen the Jewish faith – drove this humble man’s desire to make a meaningful difference in the world through his sizable estate.

Seeking to Make a Lasting Mark

While he was passionate about certain causes, Mr. Rautenberg sought to make more lasting impact with his charitable giving. So he turned to Corby –whom he considered the son he never had – to ﬁnd a strategic partner to help guide his foundation’s grantmaking. Corby ultimately connected with the Jewish Community Foundation and together with Mr. Rautenberg began what is now a decade-long collaboration in meaningful charitable giving.

Today, the Jewish Community Foundation is responsible for identifying, vetting, and recommending where Rautenberg Foundation grant monies are directed. Under Corby’s leadership, it distributes nearly $3 million annually, a part of which is awarded to The Jewish Federation of Greater L.A. to fund important programs in our community. Another portion supports our Foundation’s Cutting Edge Grants for innovation in Jewish L.A. as well as our Israel Grants focused on economic development and Jewish engagement. Grants are also directed to a variety of independent initiatives having a signiﬁcant impact throughout L.A.

Our work for the Rautenberg Foundation focuses on four key areas: human services, care for Holocaust survivors and seniors in need, arts and culture, and engaging the next generation in Jewish life.

Rautenberg Foundation grants are profoundly affecting countless lives each year from the very young to our elderly. For example, the Erwin Rautenberg New Leaders Project implemented by The Jewish Federation is grooming the next generation of Jewish trailblazers in our community. Support to Jewish Vocational Service SoCal for its scholarship program has enabled nearly 200 college students to earn degrees and pursue their professional ambitions.

A gift to LAJHealth’s (formerly Los Angeles Jewish Home) Joyce Eisenberg Keefer Medical Center established the Rautenberg Pharmacy there, enabling hundreds of seniors to easily access vital medications. And Jewish Family Service has received more than$1.5 million over the past decade to address essential human needs, ensure food security for the indigent, and sustain Holocaust survivors and the elderly.

The list of recipients grows each year, and grants will continue to provide essential funding for programs that perpetuate Mr. Rautenberg’s own values and reach thousands of people.

Listening Carefully is the Key

Contemplating how this vital partnership evolved, it comes down to something quite fundamental: listening closely to both Mr. Rautenberg and Corby to determine the most effective ways to accomplish their foundation’s giving goals.

Each philanthropist’s situation is unique. Working effectively with funders involves helping them identify and crystallize their objectives, educating them on a range of charitable-giving options, and establishing vital trust that grows over time.

Although he avoided public attention in his lifetime, Erwin Rautenberg’s name is now bound to large parts of the Jewish communities here and in Israel for generations to come. I can think of no higher tribute.