Marcia and Dick Volpert: For The Common Good 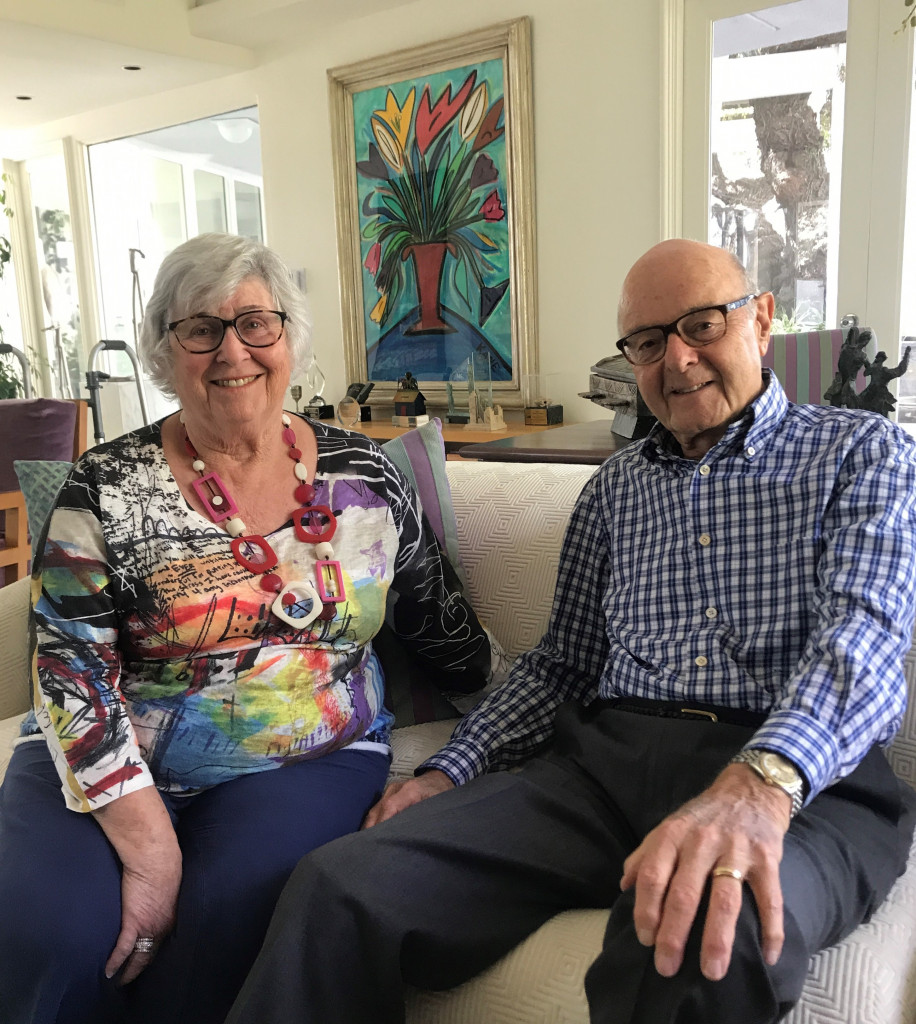 When it comes to giving back, few Angelenos are as involved or invested as Marcia and Richard (Dick) Volpert. For over 60 years, these New York transplants have worked to advance the common good across Los Angeles, donating both time and resources in pursuit of a more cohesive and compassionate community.

Marcia and Dick are Jewish Community Foundation veterans. Through their charitable and volunteer endeavors, they pursue a vision of a society that uplifts all its members, and we proudly partner with them to help make that vision a reality. We reached out to the couple to discuss their far-reaching philanthropy.

From the moment they arrived in Los Angeles in 1959, Dick and Marcia threw themselves into community work. “We’ve always strongly believed in the importance of building bridges between the Jewish and secular communities, so that’s where we focused a lot of our energy,” recalls Dick, whose position as an attorney (and later a partner) at prestigious law firm O’Melveny & Myers gave him access to some of the most influential civic leaders of the day. He partnered with mayors and other city officials on a variety of civil rights issues. For her part, Marcia became active in the League of Women Voters and Jewish Family Service. The pair were also vocal advocates for Soviet refuseniks, assisting Russian Jews in the face of government oppression.

As they raised their four children — Barry, Sandy, Linda, and Nancy — Dick and Marcia modeled the values of tikkun olam. Dick balanced a high-powered career in real estate law (moving from O’Melveny to prestigious firms Skadden, Arps; Munger, Tolles & Olson; and, today, Glaser, Weil) with volunteer service spanning diverse areas of interest. His resume includes stints on the boards of The Foundation, the L.A. County Natural History Museum, the American Jewish Committee, the L.A. Chamber Orchestra, the L.A. County Bar Association, the Western Center on Law and Poverty, and countless others. He was also the founding publisher of the Jewish Journal. Marcia was appointed to the L.A. Civil Service Commission, the Department of Water and Power Board, and the L.A. County Board of Education. Dick and Marcia each chaired the Community Relations Committee of the Jewish Federation Council. “We strove to inculcate in our children an understanding that, as human beings in the world, it’s our duty to strive for justice,” Marcia says.

Marcia and Dick have relied on The Foundation to help administer their charitable donations. “It’s a safe, reliable way to explore your giving options — plus, they train you by sharing their own expertise,” Marcia says. “We’ve learned from their success and benefitted from their experience.” There is, Dick notes, another upside: being exposed to a broad range of dynamic nonprofit groups that might otherwise be difficult to find. “The Foundation is able to broker introductions to organizations that are doing incredible work but are flying under the radar,” he says. As Marcia sees it, the more The Foundation can support them, the more enduring their charitable legacy will be. “L.A. has been good to us,” she says. “The Foundation facilitates our being good in return.”

“We’ve always strongly believed in the importance of building bridges between the Jewish and secular communities.”

This article was featured in The Foundation’s August 2020 Legacy magazine.