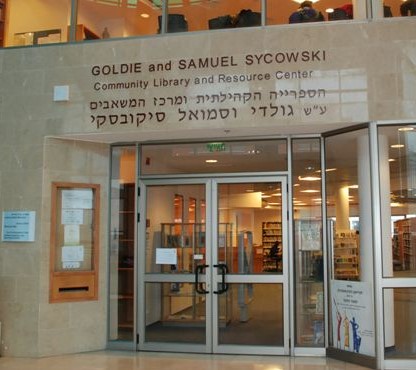 Goldie and Samuel Sycowski, of blessed memory, wished to leave a gift to Israel with their estate, but unfortunately the couple passed before they found an appropriate charitable organization. Their trustee, Goldie’s nephew Alan Levine, established a restricted fund at the Jewish Community Foundation of Los Angeles and with The Foundation’s help, found the right home for his family’s gift. He shared his aunt and uncle’s story with us.

Lived in: East Los Angeles, after retirement, they moved to West Hollywood.

Background and Personal Interests: Goldie emigrated from Lithuania in the 1920s. Samuel was a Holocaust survivor. Samuel was an avid ballroom dancer. The couple also enjoyed days at the beach and belonged to local social clubs.

Focus of their philanthropy: Goldie was a Zionist from very early in life and helped to build Israel. Zionism ran in the family: one of Goldie’s brothers emigrated to Israel from Lithuania and her mother is buried on Mount of Olives. The couple wished to leave a legacy to Israel, particularly a building, or part of a building, for an organization that would benefit children and a wide cross-section of society.

Why they joined The Foundation: The Sycowskis had yet to find the perfect place to endow before they passed away (Samuel in 1985; Goldie in 2003) so their estate executor, Goldie’s nephew Alan Levine, undertook the search. Setting up a restricted fund at the Jewish Community Foundation gave him time to explore different giving options. The professionals at the Center for Designed Philanthropy worked with Levine to fulfill his aunt and uncle’s wishes by identifying the most appropriate projects for their legacy.

The most meaningful aspect of working with the Foundation: The Foundation helped Levine to fulfill his aunt and uncle’s wishes by facilitating a $1 million grant to the Leo Baeck Education Center in Haifa. There, the Goldie and Samuel Sycowski Community Library and Resource Center will serve a wide variety of people, from schoolchildren to seniors as a technologically advanced center for lifelong learning, literature, information, and knowledge.