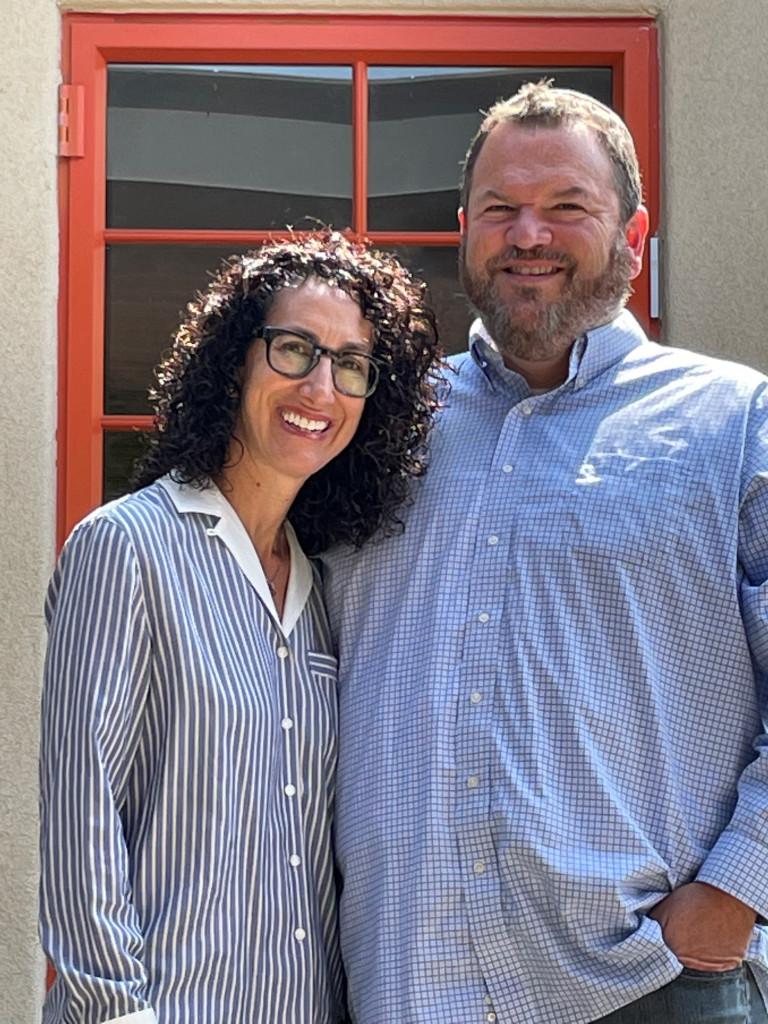 Our hearts are pulled in so many directions because there are so many needs. We do our best to meet as many as possible.

It’s not every philanthropist who can speak fluently about the link between davening (praying) and donating, but for Dorit and Harry Nelson, the language comes with ease. “During the Ma’ariv (evening) prayer service, we chant, ‘Ki hem chayenu, v’orech yamenu: These are the lives and length of our days,’” Harry says. “Participating in Jewish life is how we spend our time, and that includes giving back to, and strengthening, community.”

The Nelsons take that responsibility seriously, partnering with the Jewish Community Foundation to put their charitable dollars to work. During a recent interview, the couple held forth on why teaming up with The Foundation makes sense — and how tzedakah can help spark meaning and joy.

Though they grew up in different parts of the country, Dorit and Harry were raised with similar values: a focus on Jewish continuity and an emphasis on social justice. “It was just part of the thread of who we were,” recalls Dorit, who spent her formative years attending Jewish day school in the San Fernando Valley. Harry, the son and grandson of rabbis with roots in suburban Detroit, agrees. “In our house, my mom and dad were passionate about our responsibility to the Jewish community and our obligation to help take care of people across our city and beyond,” he says. Their shared background sparked an immediate connection. Introduced by Harry’s sister, who was Dorit’s roommate while she was completing a master’s degree in public health at the University of Michigan, the pair eventually married and relocated to Los Angeles to raise their four children, currently ages 14–20. Their oldest child, Ami, is serving as a lone soldier in the Israel Defense Forces.

An Ally For Good

Today, Harry, a thriving health-care lawyer, and Dorit, a successful health-care consultant, continue the tradition of giving that was modeled for them by their families. “Our hearts are pulled in so many directions because there are so many needs,” Dorit says. “We do our best to meet as many as possible.”

Doing that can be a heavy lift, but their Donor Advised Fund at The Foundation dramatically lightens the load. The Nelsons set up their fund in 2010 and were immediately offered an abundance of critical resources.

“The Foundation is great, not only because it puts worthy organizations on our radar but also because it helps us to think strategically about our giving,” Harry says. “There’s tremendous depth to the structure it provides, enabling us to look at things in a broader context and to envision the kind of long-term impact we can have.”

Harry and Dorit are active members of B’nai David-Judea Congregation and identify as Modern Orthodox, but their philanthropic endeavors extend well beyond the Orthodox and religious Zionist communities. “Some of our giving aligns with our immediate community, but we are also moved to support a broader set of passions,” Dorit says.

Harry frames it another way, with a chuckle. “We can sometimes relate to the German religious philosopher and Israel Prize winner Akiba Ernst Simon, who said that the people he davens with, he can’t talk to, and the people he talks to, he can’t daven with. For us, it translates to taking more of a big tent approach.”

This tendency toward inclusion is evident in the type of nonprofits the Nelsons support. Through their Donor Advised Fund, they assist organizations ranging from Kahal Chasidim, a Hasidic learning center, to Eshel, a group working to create a place in the Orthodox community for Orthodox lesbian, gay, bisexual, and transgender individuals. Among their other interests are working to expand access to addiction and mental health treatment and to advance interfaith dialogue between Muslims and Jews.

Some of our giving aligns with our immediate community, but we are also moved to support a broader set of passions.

As a leader on LA’s health-care law landscape, Harry sees parallels between his professional and philanthropic pursuits. “In my legal practice, I work extensively around health-care innovation — bringing technologies and therapies to market that haven’t been available before,” he says. “Similarly, Dorit and I believe in contributing to organizations that are willing to explore issues in a different way, shedding new light on potential solutions to deeply entrenched challenges.”

Dorit notes that The Foundation is a core collaborator when it comes to effecting sustainable change. “It listens to our goals, shows us a number of paths for getting there, and then empowers us to make it happen,” she says. “The Foundation gives us important tools for building a better world.”

This article was featured in The Foundation’s Fall 2021 Legacy Magazine.