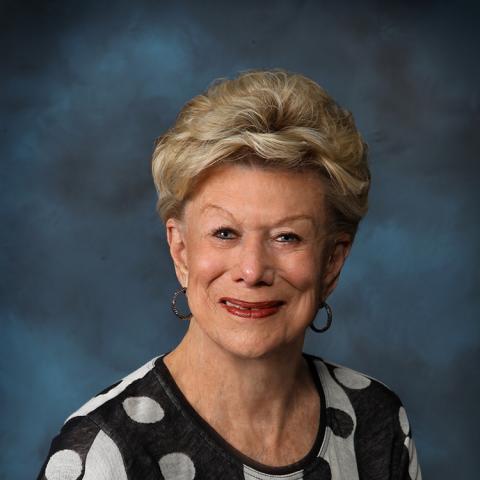 Annette Shapiro has been a volunteer for more than 60 years. She was the first woman and the first non-attorney to become chair of The Foundation and served in that role from 1997 through 2000. Since 1991, Mrs. Shapiro has been a Foundation trustee and vice president, and has served as a member of The Foundation’s Development and Comprehensive Development Grant Committees. Mrs. Shapiro is a past chair of The Foundation’s Women’s Committee and is responsible for initiating its series on “Women, Power & Money.” She has previously served as a vice president of the Board of Directors of the Jewish Federation and was presented the Golda Meir Award in 1988 by the Jewish Federation Women’s Conference. With her guidance as co-creator and co-chair, in partnership with the Jewish Federation, the American Jewish University completed an Executive Volunteer Leadership Institute. Mrs. Shapiro is a member of the National Women’s Contingency Board of the Jewish Federations of North America and is past chair of the UJF Women’s Campaign of Los Angeles. She is currently on the Advisory Board of National Women’s Philanthropy. Mrs. Shapiro was the president of the Beit T’Shuvah Board of Directors, and she co-chaired “From Myth to Reality: Opening the Window on Addiction and Recovery,” for laypeople and professionals addressing addiction in the Jewish community.  Mrs. Shapiro is also on the Advisory Board of the UCLA School of Public Policy and Social Research and serves on the Cedars Sinai Board of Governors. Over 25 years ago, Annette helped to establish the Premiere Committee for the American Diabetes Association, raising more than $5 million for diabetes research. She served on the National Diabetes Advisory Board for the National Institute of Health. In 1986, Annette was presented with the Addison B. Scoville Award for the Most Outstanding Volunteer of the Year in the United States by the National American Diabetes Association. She and her husband, Leonard, are involved in diabetes research to support encapsulated Islet Cell transplants that may ultimately provide a cure for diabetes. Annette currently lives in Los Angeles with her husband and has three children (one, David, of blessed memory), seven grandchildren, and one great-grandchild. In memory of their son, David, the Shapiros established The David Alan Shapiro Memorial Synagogue Center, a new chapel at the American Jewish University.