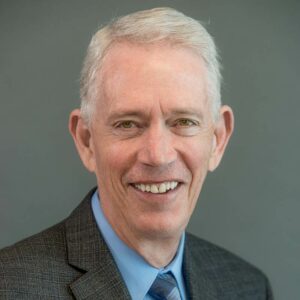 At the time of this writing, the war in Ukraine is raging and the horror of the unfolding tragedy is unbearable. It’s beyond shocking to watch the most violent attack on a European country since WWII unfold before our eyes. Perhaps by the time this issue of Legacy reaches you, there may be a negotiated settlement. Even so, the destruction wrought and the lives uprooted will take at least a generation and likely longer to rebuild and heal.

With Passover upon us, I can’t help but think of the analogy to freedom. The Ukrainian people want to live in freedom and democracy, independent from any rule by a modern-day Pharaoh, President Putin. Sanctions against Russia are today’s 10 plagues aimed at convincing Pharaoh to let the Ukrainian people go back to their lives free of tyranny. And just as ancient Pharaoh didn’t heed the call back then, so too modern-day Pharaoh Putin is not getting the message either, to the great demise of his country and his people.

My parents, of blessed memory, taught me a great deal about the preciousness of freedom. They came to this country after surviving the horrors of the Holocaust with barely the clothes on their backs. Thanks to HIAS, Hebrew Immigrant Aid Society—one of the organizations actively aiding Ukrainians fleeing the destruction—they were able to settle into a new life in Youngstown, Ohio. Freedom from oppression was the greatest gift they ever realized in their lifetime and they never let me forget that. It allowed them to flourish in this country and in turn compelled me to pursue a career in tzedakah over the past 40+ years.

The outpouring of support from across the globe – both governmental and from private citizens – has been overwhelming and so incredibly heartwarming. We at The Foundation promptly responded by contributing over $1.5 million (and growing) in Ukrainian emergency assistance. This includes generous support from donors and a $150,000 grant from The Foundation to The Jewish Federation’s Ukraine Relief Fund.

Our tzedakah – and that of many other generous people – is providing some relief and a glimmer of hope to millions of Ukrainians suffering from the horrible onslaught of Russian savagery. If I’ve learned one thing during my lengthy nonprofit career, it’s that through tzedakah, kindness and compassion, ultimately freedom and justice will prevail.

This article was featured in The Foundation’s Spring 2022 Legacy magazine.