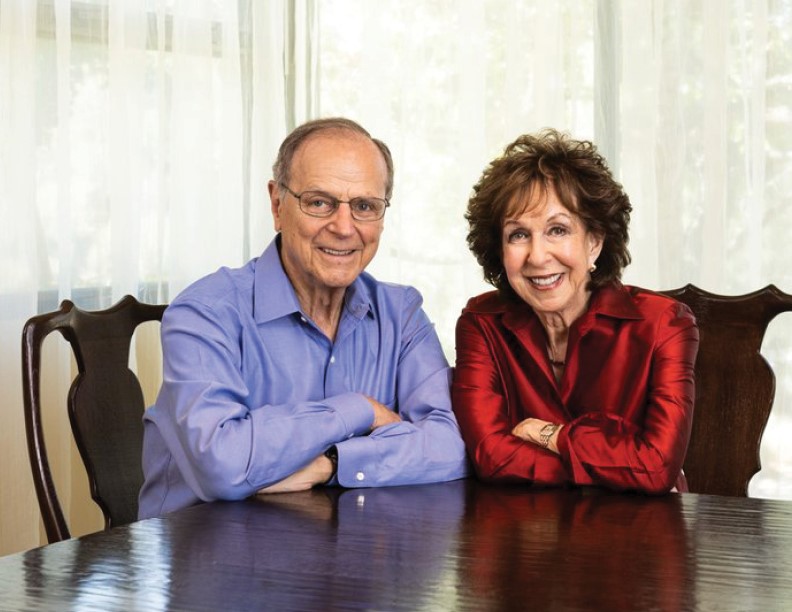 I always tell people that if they want to get started as philanthropists, there’s no better way to do it than through The Foundation,” Alan says.

Ask Georgina and Alan Rothenberg why they make charitable giving a priority, and they answer without missing a beat. “We care about people,” Georgina says. “It’s as simple as that.”

The depth and breadth of their caring is extraordinary. Over the course of six decades together, the native Michiganders have worked to strengthen the social fabric of the adopted Southern California community. “We grew up with tzedakah as a primary value,” Alan says. “Our parents modeled it for us, and we’ve tried to do the same for our three sons.”

The couple set a stellar example for their boys, Brad, Richie, and Danny, and their respective families. Whether giving their time or financial resources, Georgina and Alan have spent a lifetime committed to improving the community. “Alan has served on the board of many civic, professional, and nonprofit organizations,” Georgina says with pride. A renowned expert in sports and business law, Alan was chairman of the 1999 Women’s World Cup and 1994 World Cup Organizing Committee and served as president of the LA Area Chamber of Commerce, the State Bar of California, the LA World Airports’ Board of Airport Commissioners, and the U.S. Soccer Federation. Georgina, a noted sculptor and jewelry designer, has been an active participant in organizations including Bet Tzedek, Cedars-Sinai, and LACMA.

No matter the cause, their approach has always been to identify strategic ways to maximize impact, and a strong partnership with The Foundation has been critical to their philanthropic success. “I always tell people that if they want to get started as philanthropists, there’s no better way to do it than through The Foundation,” Alan says.

They share the message with their family every year. Every Thanksgiving, the extended Rothenberg family gathers to discuss how they will allocate charitable resources from their charitable fund for the year ahead. Georgina and Alan give each family member money to donate to their charity of choice, which they then match. “Making donations through The Foundation is our tradition,” Georgina says. “It’s a family affair.