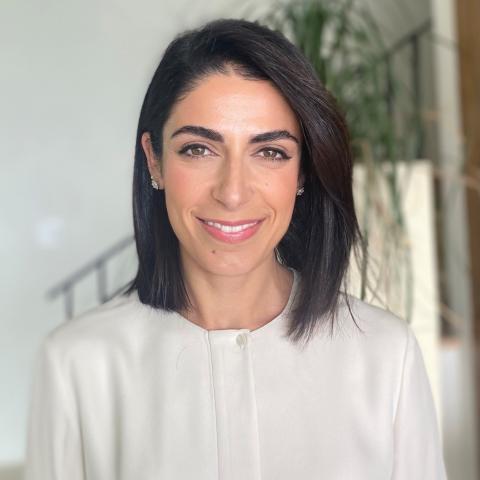 Getting connected with the Jewish Community Foundation transformed my relationship with community work and charity. It’s managed by caring and experienced leaders offering diverse resources, including meaningful opportunities for giving to address community challenges. I’m proud to be a part of this beautiful entity.

Daniella Naim Kahen is a wife, mother of four young children, and an entrepreneur. Motherhood, her love for the Jewish community, and pride in her Iranian heritage have been a driving force in her passion for community work. An LA native, she recently revisited her calling as a health and fitness coach, supporting her clients in maintaining a healthy lifestyle. Her deep love for the land of Israel was fostered by her parents and grandparents. Both of her grandfathers were among the first Iranian chalootzim (young pioneers) recruits to Israel during its founding in 1948, and her father is an IDF veteran who served as a Golani combat soldier during the Yom Kippur War. Daniella’s roots have inspired her awe of Jewish survival throughout the generations and her commitment to ensuring a bright Jewish future. Daniella’s relationship with The Foundation began three years ago when she founded the “Yad Alliance” giving circle that distributes its grants through a Donor Advised Fund at The Foundation. This passion project was ignited by the desire to immortalize the legacy of her late father-in-law, Dr. Nissan Kahen, z”l, and soon became a source of hope and optimism for the members who joined.