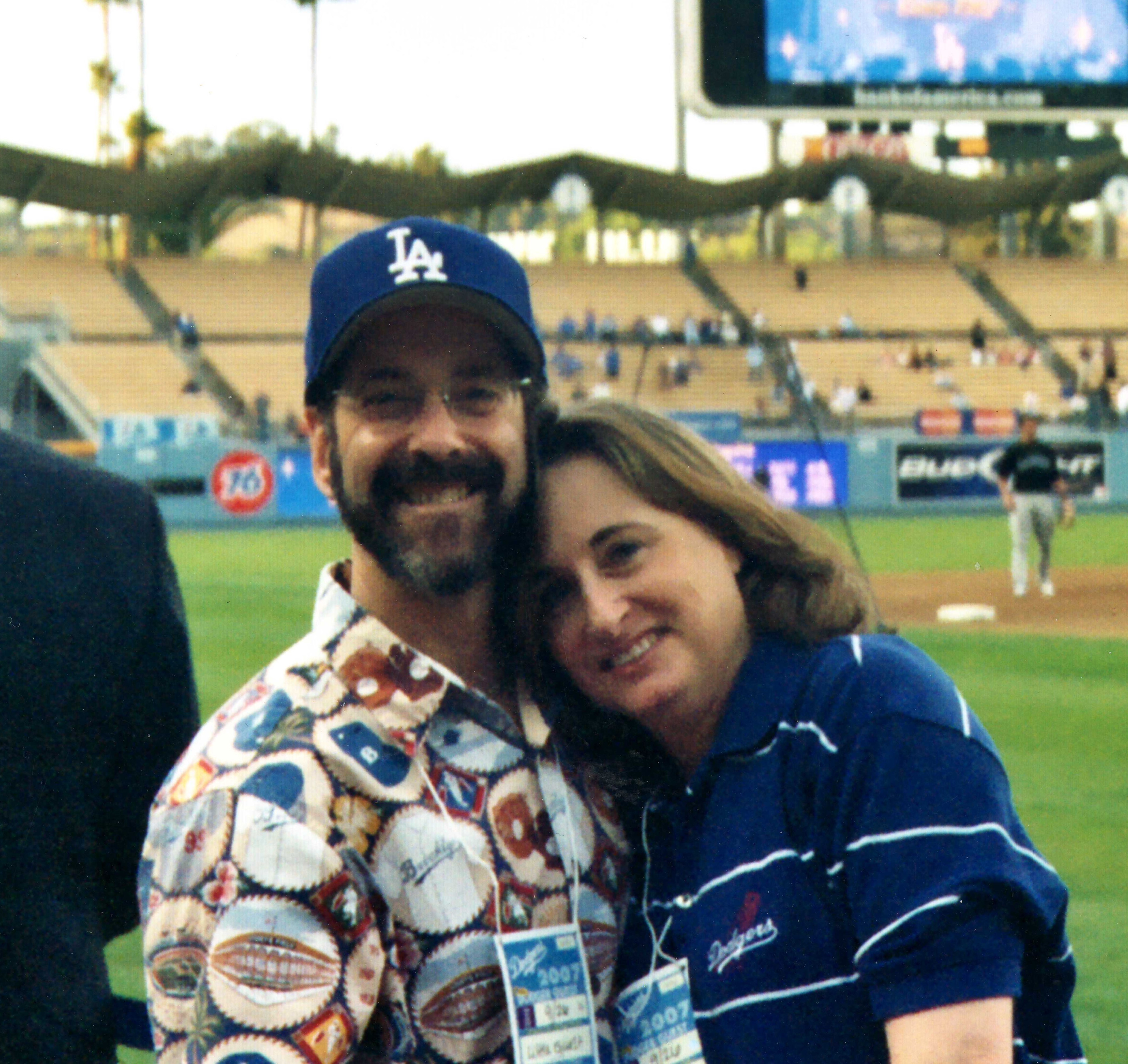 Occupation: Richard is a business attorney. Fran is the executive director of the Ella Fitzgerald Charitable Foundation, a foundation that makes charitable grants to promote the things Ella cared about such as music, literacy and health care.

Joined The Foundation family in: In April 2004, the Rosmans opened a Donor Advised Fund called The Ki Tov Fund, named for a favorite ethics textbook, At Camp Ki Tov, that Fran enjoyed from her childhood Sunday school.

Family details: One son, Randal, who is currently interning in the resort business in Eilat, Israel, and a very large and close extended family, as Fran is one of 13 first cousins. Big family Shabbat dinners are the norm at the Morris/Rosman household.

Personal Interests: The Morris/Rosmans are both passionate about family, their careers, Ella Fitzgerald, books, travel and baseball-especially the Dodgers.

When did you first learn about philanthropy:

We were taught about charity an early age. As kids, we raised money to grow trees in Israel, did paper drives and collected for UNICEF. Growing up, we always had a pushke box on the table. The concept of giving back was always present." Both Fran's and Richard's parents were very involved with the City of Hope Medical Center. "In fact, our mothers met through their volunteerism and set us up!, Fran shared.

Hopes for their fund: When their son, Randal, was little, Fran and Rich would play a game with him called: What Would You Do if You Won $3 Million? Before discussing the things they would like to buy for themselves, they would discuss how they would do good, and to what causes they would give. "Philanthropy is ingrained in our son as well. One day far in the future when we are no longer here, he will handle the fund, G-d willing."

Focus of our philanthropy: Among other areas, the Morris/Rosmans believe strongly in supporting at-risk populations and the disadvantaged. Fran and Richard also support Jewish education, institutions in Israel and Jewish summer camps. In addition, they are both involved with the City of Hope Medical Center.

Why we joined The Foundation: Fran first heard about The Foundation through its radio ads and was very impressed by them. The message resonated with her.

I was especially taken by the Maimonidies quote mentioned in the ad, 'Charity given without being asked ranks above charity that is given upon being asked'. I love that.

Fran and Richard met with a member of The Foundation's development team and then learned a lot more about The Foundation's services, ultimately deciding to create a Donor Advised Fund. As Fran put it,

We all need to look out for each other.